There are quite a few warning lights on your car's dashboard and many of them pop up from time to time or everyday when you use your handbrake. One of the most alarming though can be your engine warning light, which can illuminate for a variety of reasons when the computer in your car sees that something is amiss.

This little light can either flash or stay on continuously and often looks like a stylised engine, but can just be the words "check engine". If it's amber then there isn't too much to worry about and you should be able to get to your destination before seeking help, if it's red then you should pull over where it is safe to do so and seek roadside assistance.

What does the engine light mean?

Your engine light can come on for a few different reasons. It can however usually only be switched off by a garage if it's a newer car, so it's always recommended you go and get it checked out rather than ignoring it. There are however some more common reasons why the engine light comes on so we decided it would be worthwhile listing them out for you.

The first reason your engine light could come on is due to the oxygen sensor in your car. One of the many things car manufacturers have to deal with when building a car is how much it pollutes the atmosphere. To make sure the car is enjoyable to drive whilst still being reasonably efficient, oxygen sensors are put into the car to make sure your car isn't burning too much or too little fuel.

If your engine light has been triggered by the oxygen sensor then this can mean your car is running too rich, taking in too much fuel, or too lean, and isn't using enough, it could also be caused by a fault with the sensor itself. To put this right your garage may have to reprogramme or recalibrate your engine control unit (ECU) or sometimes replace the oxygen sensor.

Some cars have their own warning light for the diesel particulate filter (DPF) whereas others don't and use the engine light instead. It can however also be illuminated due to a problem with the differential pressure sensor, which determines how effectively the DPF is performing.

The differential pressure sensor, in layman's terms, is a device that measures how easy it is for gas to pass along the exhaust, which includes what gas can go through the DPF.

The particles that the DPF removes from exhaust fumes become a sooty deposit and over time the filter can become clogged, and it's the job of the differential pressure sensor to determine when this point has been reached, and enter DPF regeneration.

The engine light can therefore come on if this process fails, which is usually the case when diesel cars are not used for long enough journeys and don't reach a high enough temperature.

To fix this fault your garage will be able to perform a forced regneration, if the car cannot do it itself, but it will first have to make sure the differential pressure sensor is giving an accurate reading. 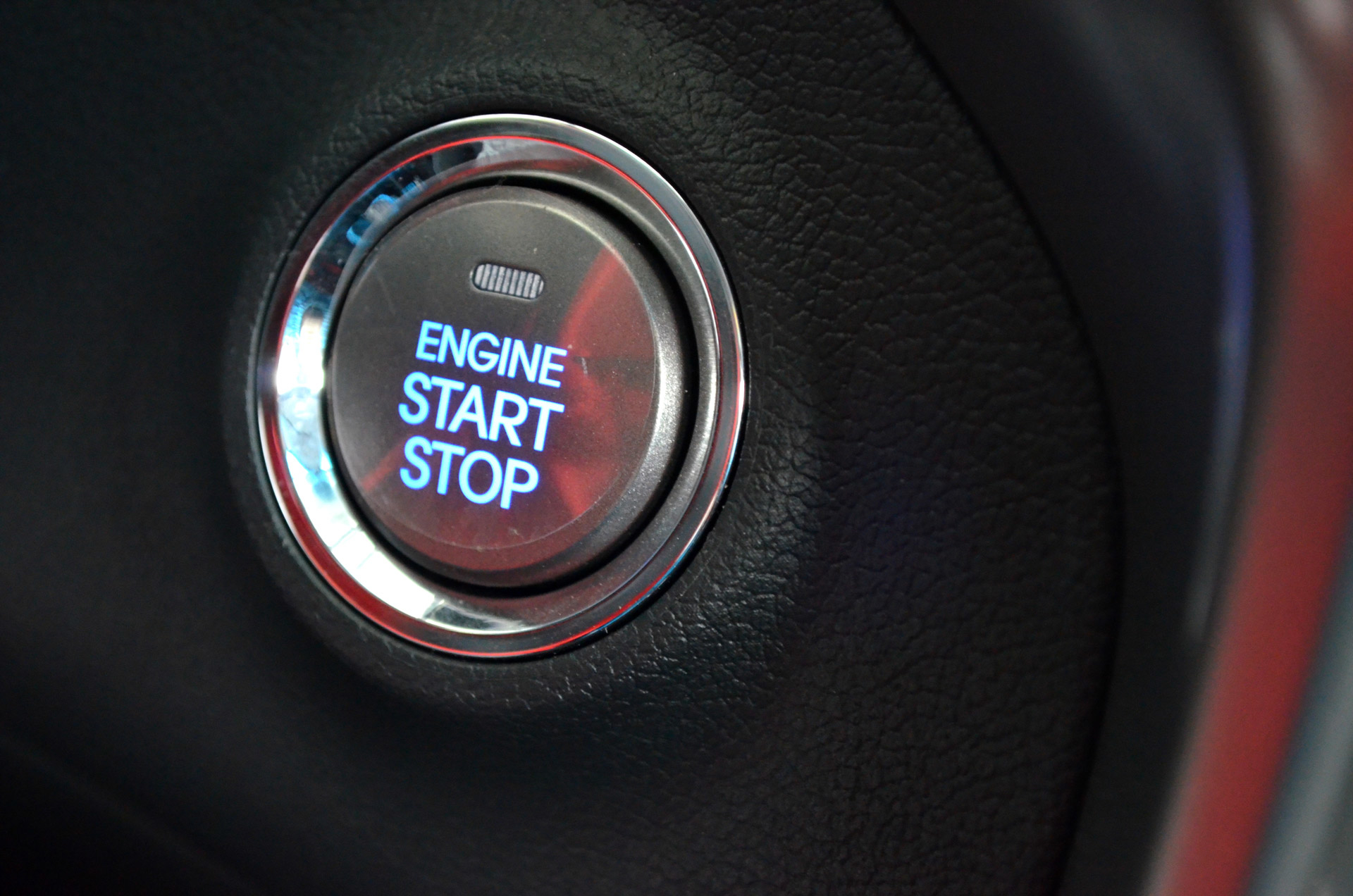 If you didn't know your cars ignition is a bit more than just the turning of the key, the ignition is responsible for burning fuel, making the engine work.

Spark plugs in a petrol engine are part of the ignition system, and they provide the spark that burns the fuel in the combustion chambers. However, in a diesel car, no spark is needed to burn fuel, the action of the piston compressing on the fuel and air is enough to make the mixture combust.

Starting a diesel engine on a cold day however leads to the glow plug heating the combustion chamber to make the whole process easier.

Both the spark and glow plugs power comes from the ignition system. In a petrol car a high voltage is needed to create the spark that ignites the fuel, and this is provided by the engine's coils. Most modern cars have a coil for each cylinder, and if it develops a fault the fuel in the cylinder won't burn effectively. This may not only cause the engine to run down on power but can also cause damage to the catalytic converter.

A problem with the glow plug in a diesel car is usually indicated by a seperate warning light but in petrol engines spark plug and coil issues are indicated by the engine light. Repairs generally involve the replacement of one or more spark plugs, spark plug leads or coils. 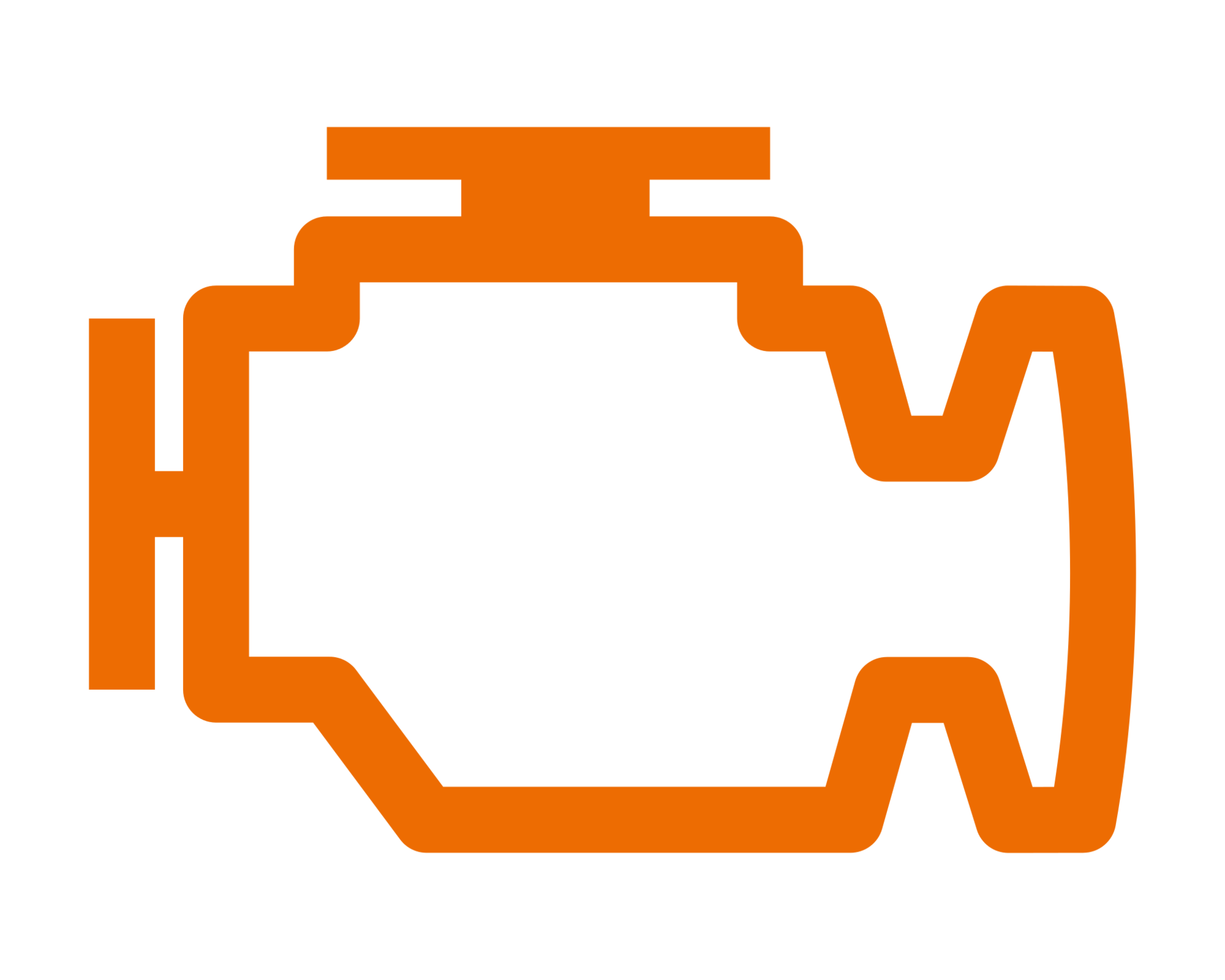 The mass airflow sensor or MAF is a key part of an engine running effectively. The computer in your car uses the MAF to calculate how much fuel is needed in the combustion chambers to match the amount of air flowing into the engine.

Your car will only be able to guess this information without the MAF and your computer will have a 'safe' set of parameters to keep your car running if a fault arises, but this can sometimes be triggered by inaccurate or missing data.

The MAF is mounted near the top of the engine where it's in the path of the air that has just passed through the air filter. An incorrectly installed or missing air filter can damage the sensor by letting harmful particles into contact with it.

It could however be a clogged air filter triggering the warning light as a lack of air will be forcing the engine to run 'rich'. This is fixed by cleaning the air filter and best done by your garage.

And last but not least, possibly the most frustrating reason for your engine light to come on, but generally means nothing is seriously wrong and is a quick fix.

If you have heard a rushing noise when you open the fuel cap of your car, you might know that this is caused by your fuel tank being more than just a simple tank, it's a pressurised container. Fuel is pumped towards the engine and as the level goes down, air is put in its place so that the tank doesn't crumple.

One of the simplest reasons that this system isn't working is that your fuel cap doesn't seal properly. As the only way this system works correctly is when the whole thing is pressure tight.

This is one of the cheapest fixes however, with a new fuel cap often costing under ten pounds.

When Can You Buy Car Warranty Protection

Motornomics: How To Drive Your Car Forever

Tyre Markings: Understand The Writing & Codes On Your Sidewall